Glaucoma is a disease of the eye in which fluid pressure within the eye rises; if left untreated, the patient may lose vision and even become blind.

Glaucoma is relatively common, especially in older adults and can cause damage to the optic nerve if left untreated.

In this article, we will cover the causes, symptoms, and treatment of glaucoma. We will also explain the different types and possible surgical procedures.

In short, glaucoma is a build up of pressure within the eye that causes damage to the optic nerve.

Unless this pressure is brought down and controlled, the optic nerve and other parts of the eye may become damaged, leading to loss of vision.

The disease usually affects both eyes, although one may be more severely affected than the other.

Treatments involve either improving the flow of fluid from the eye, reducing its production, or both:

Eyedrops are a common and effective treatment for glaucoma.

In the majority of cases, initial treatment for glaucoma includes eye drops.

Compliance is vital for best results and to prevent undesirable side effects - this means following the doctor's instructions carefully.

Examples of eyedrops include:

Side effects of eyedrops can include stinging, redness, eyelash growth, change in eye color and occasionally retinal detachments and difficulty breathing. If eyedrops are not effective enough, the doctor may prescribe an oral carbonic anhydrase inhibitor.

Side effects are less if they are taken during meals. Initial side effects can include tingling in the fingers and toes and frequent urination - however, after a few days, they usually resolve.

Much less commonly, there is a risk of rashes, kidney stones, stomach ache, weight loss, impotence, fatigue, and a strange taste when consuming fizzy drinks.

Experts are unsure of the precise causes of glaucoma, but cases are divided into two categories:

There are several risk factors for glaucoma:

Patients on long-term corticosteroids have a raised risk of developing several different conditions, including glaucoma. The risk is even greater with eye drops containing corticosteroids.

Glaucoma: why are so many of us blind to this sight-stealing disease?

Why is glaucoma so common and the leading cause of vision loss? In this article, we talk about how to spot it early.

Glaucoma is one of the most common eye diseases.

There are two main types: open-angle and closed-angle glaucoma.

This can come on suddenly; the patient commonly experiences pain and rapid vision loss.

Fortunately, the symptoms of pain and discomfort make the sufferer seek medical help, resulting in prompt treatment, which usually prevents any permanent damage from occurring.

This type progresses very slowly. The patient may not feel any symptoms; even slight loss of vision may go unnoticed. In this type of glaucoma, many people do not get medical help until permanent damage has already occurred.

This is a rarer form of glaucoma that experts do not fully understand. Even though eye pressure is normal, optic nerve damage still occurs. It might be due to reduced blood supply to the optic nerve.

This is a type of open angle glaucoma and typically develops during early or middle adulthood. Pigment cells, which arise from the iris, are dispersed within the eye. If these cells build up in the channels that drain fluid from the eye, they can upset the normal flow of fluids in the eye, leading to a rise in eye pressure.

What are the symptoms of glaucoma?

The signs and symptoms of primary open-angle glaucoma and acute angle-closure glaucoma are quite different:

If drugs don't work, or if the patient cannot tolerate them, surgical intervention may be an option. The aim of surgery is usually to bring down the pressure inside the eye. Examples of surgery include:

Acute angle-closure glaucoma is treated as a medical emergency. Pressure-reducing medications are administered immediately. A laser procedure is usually carried out that creates a tiny hole in the iris, allowing fluids to pass into the trabecular meshwork (the drainage system of the eye) - this procedure is called an iridotomy.

Even if only one eye is affected, the doctor may decide to treat both, because this type of glaucoma often affects the other eye, too.

There is no known way to prevent glaucoma, but catching it early means it can be treated more effectively and vision loss can be minimized. Because, often, there are no symptoms, getting your eyes regularly checked is important; especially for people with a greater risk.

So, older adults, people of African descent, and individuals with diabetes should be tested every year or 2 after the age of 35. Ask a doctor how often you should have a check up. 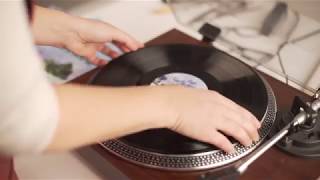 Sunglasses are just as important as sunscreen!

Halloween is getting closer!